Renowned actor and former ABF President Sir John Gielgud donated much of his early artwork to the archives in the 1980s.

This artwork dates from Gielgud's time in art school, before he became one of the most famous actors of the 20th Century, and includes many designs for costume and stage.

First issue of the Equity journal

A copy of the first ever edition of the Equity journal, dating from February 1934, is held in the ABF archive. The magazine is still in circulation today.

The Stage - the theatrical charities

This article was printed in The Stage in 1932, and aimed to tackle misconceptions about the various theatrical charities.

The article gives some information about the activities of the ABF in the 1930s – “its objects are the assist old and deserving actors and actresses, and to relieve the wants of those who, by illness or misfortune, have fallen by the way.”

Before the outset of WWII, the ABF held many events and benefits to fundraise for its charitable work.

This dinner-dance was held in 1931 at the Savoy in London, close to the ABF offices.

The ABF archives hold many designs from Gielgud from this period of his life.

The ABF is proud to hold a large collection of artwork from fashion and costume designer Victor Stiebel.

Born in 1907, Stiebel started out in theatre wardrobe before becoming prolific and well-respected designer of ladies' fashion in the early-to-mid 20th Century. Among his most famous designs was an outfit for Princess Margaret's wedding in 1960. Stiebel also designed several dresses for Vivien Leigh, some of which are held in the ABF archives.

Invitation to the first annual dinner

Annual dinners were held to raise money for the ABF, and to report back on the activities of the charity over the previous year.

The first of such annual dinners was held on June 24th 1891 at the Hotel Metropole (now the Corinthia Hotel in Whitehall), and was chaired by Henry Irving himself. Its guest of honour was Charles Dickens Jr, son of the great author of the same name. The entertainment was varied and frequent, including songs such as ‘We’re all Noddin’’ and ‘Come into the Garden, Maud’, performed by renowned operatic singer Sims Reeves.

Minutes of the ABF's first meeting

The first meeting of the Actors' Benevolent Fund was held in the Beefsteak Room of the Lyceum Theatre on 4th May 1882.

Actor-managers in attendance included Henry Irving, William Hunter Kendal, and Charles Wyndham. In this meeting, it was agreed that the primary aim of the ABF would be for "the relief of distressed and decayed actors."

scroll to see next image
Close   ×

The Actors’ Benevolent Fund has two funding programmes open to applications from actors, actresses and stage managers experiencing hardship. Please apply to the programme most relevant to your circumstances:

We are deeply saddened by the death of His Royal Highness The Duke of Edinburgh.

We send our love and condolences to our former patron Her Majesty The Queen, our current patron His Royal Highness The Prince of Wales and all The Royal Family. 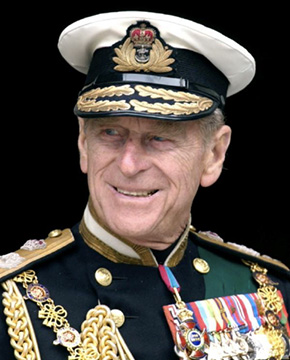